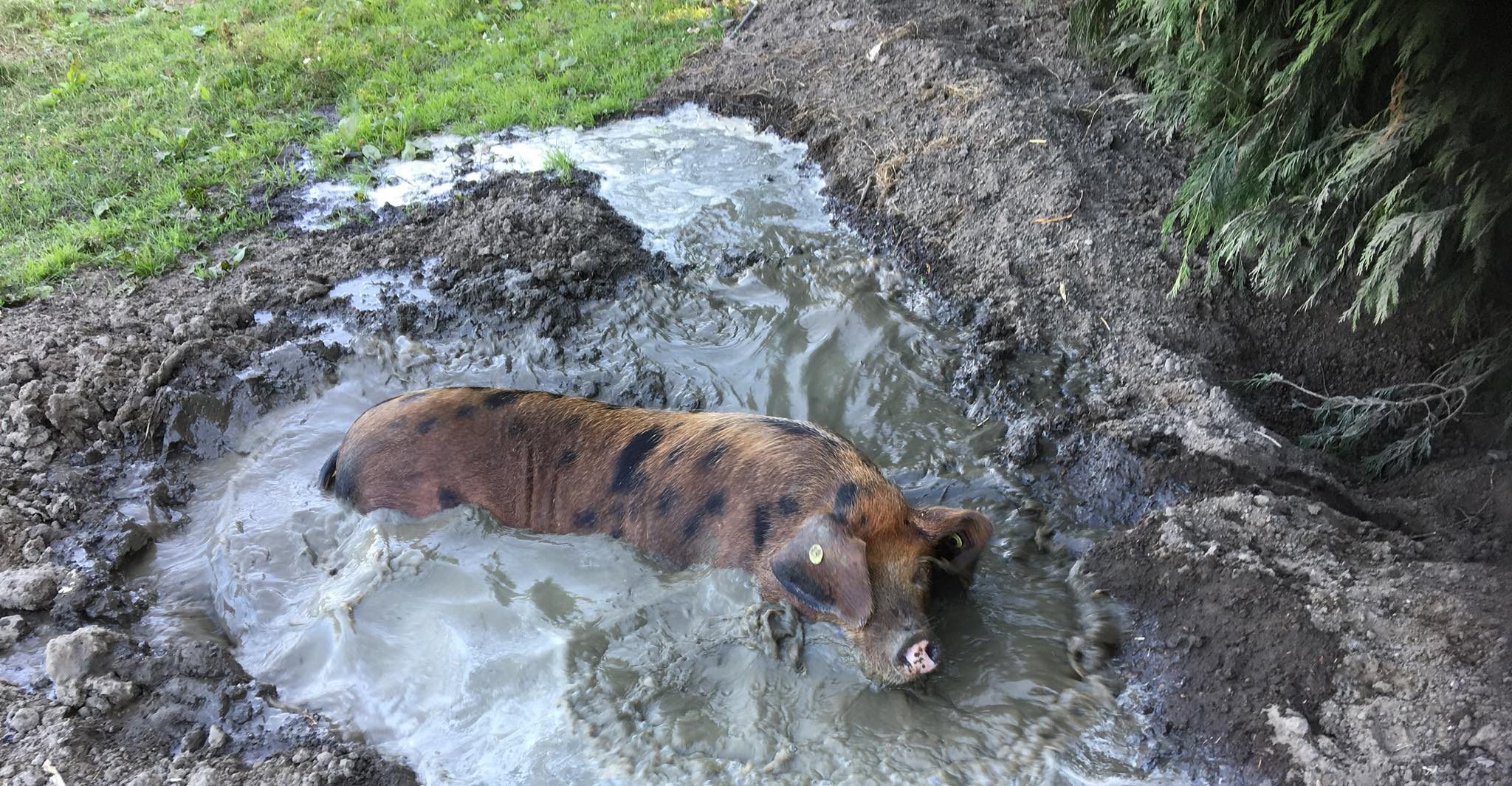 With Summer fast approaching it is rather apt to cover this topic. It is not a common ailment but from time-to-time it does occur especially in the Summer months due to water deprivation or in some instances where whey is fed. The signs of salt poisoning can be tremors, lying stretched out, convulsions and sadly death.
Causes
Salt poisoning mostly arises from depriving pigs of water. The syndrome may occur, if say, after sudden unrestricted access to water after interruption by drought, low water pressure or freezing.
It is thought that dehydration of tissues and an increase in the sodium content of the brain occur. High sodium levels in the brain inhibit anaerobic glycolysis and acetyl chlorine esterase levels (tissue respiration) and appear to be responsible. Sudden rehydration may exacerbate the condition.
Clinical signs
Peracute (very severe) salt poisoning occurs after the ingestion of massive amounts of salt and results in prostration, running movements, coma and death.
Acute salt poisoning following restricted water intake is most common.
Pruritus, thirst and constipation are followed 1-5 days later by blindness, lack of interest in food or drink and failure to respond to external stimulus. Affected pigs may bump into obstacles and may circle, pivoting on one foot. Head pressing may occur. Convulsions occur regularly (every 7 minutes).
The condition may occur in any pig with an inability to reach water.
Treatment and prevention
Spontaneous recovery may occur. The feed should be replaced and water intake controlled by giving small amounts of water at first to unaffected pigs and gradually increasing the amounts. Convulsing animals should be allowed to recover naturally.
Water should be offered and the pigs may be sprayed with water and placed in the shaded area and be undisturbed for at least 24 hours.
Also, it is wise that when moving pigs to new pens/homes do ensure that pigs can find the drinking water and please ensure that water is freely available, particularly in hot weather.
Personal note:
Every year contact is made to the charity’s trustees whereby fellow pig keepers have experienced their pigs shivering, convulsing and panting rapidly these phone calls/emails are particularly common in the summer months. So please be aware, especially those that use nipple drinkers outside, to ensure that there are plenty of water vessels to go around the paddocks. You can never have too much water.